The recently opened Museum of the Second World War in Gdańsk, the biggest historical museum in Poland, specified 4,000 m2 of Flowcrete’s Peran SL flooring to create unique finishes that were an integral part of the museum’s exhibits.

The Museum of the Second World War is a modern venue that presents the history of the war as the greatest cataclysm of the 20th century with a focus on the stories of individuals, societies and nations. The museum has been built at Władysław Bartoszewski square in Gdańsk (the city where the war broke out), at the Motława river, close to the historical city centre. The museum’s project is authored by the Kwadrat architectural studio from Gdynia.

The Belgian architectural firm Tempora designed the permanent exhibition after it was selected in an international architectural competition. It is located 14 metres under the ground and covers around 5,000 m2, which makes it one of the largest historical museum exhibitions in the world! The main exhibition comprises three main narrative blocks: “The Road to War”, “The Terror of War” and “The Long Shadow of War” divided into 18 thematic sections. The collection shown at the exhibition includes two and a half thousand objects and approximately 240 modern multimedia displays. 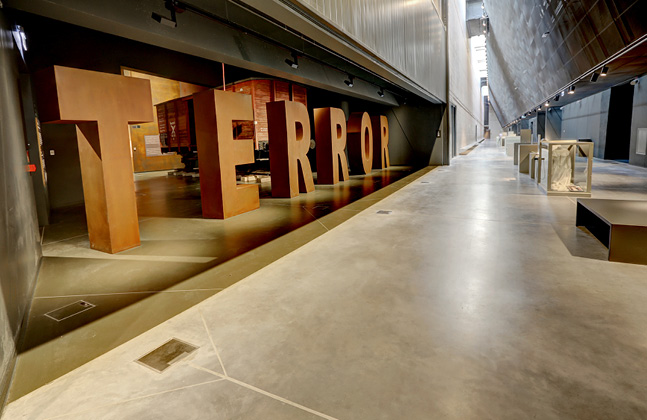 From the ground up, visual impact is an important part of the new museum.

Flooring That Tells A Story

Flowcrete Poland supplied the technology and materials for the floor in the museum’s hall and exhibition rooms, which was installed by TQS Flooring. The floors were made in 12 different colours, including white, black, khaki, light and dark shades of brown and grey, with PU Matt coating. Resin flooring in natural shades of browns and greys perfectly suited the industrial, minimalist aesthetics of the Museum of the Second World War. Using Peran SL also meant that the museum could create attractive and powerful visual effects, like in one exhibition room where posters and old newspapers were sealed into the resin floor so that the visitors could walk above them. 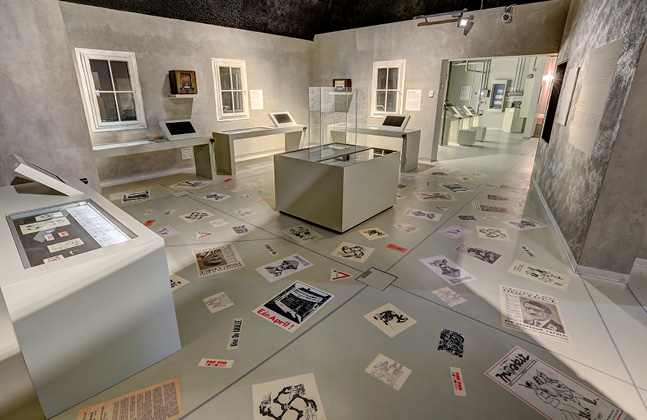 The museum’s floor was an interactive part of the building, with history literally built into the finish.

Peran SL is an epoxy-based, 2-3 mm thick flooring system that provides an even and smooth surface. Due to its high resistance to mechanical damage it is usually applied in industrial environments with heavy-duty wheel traffic, however its durability and appearance also makes it ideal for public venues subject to high levels of foot traffic – such as the Museum of the Second World War, which was visited by almost 2,000 people per day after it opened.

The robust material offers impressive durability and resistance against not just the intensive pedestrian traffic but also to heavy loads, which here included exceptionally heavy objects, such as a German Torpedo G7a weighing over 1,000 kg that was extracted from the Gulf of Gdańsk and even a Sherman Firefly tank! 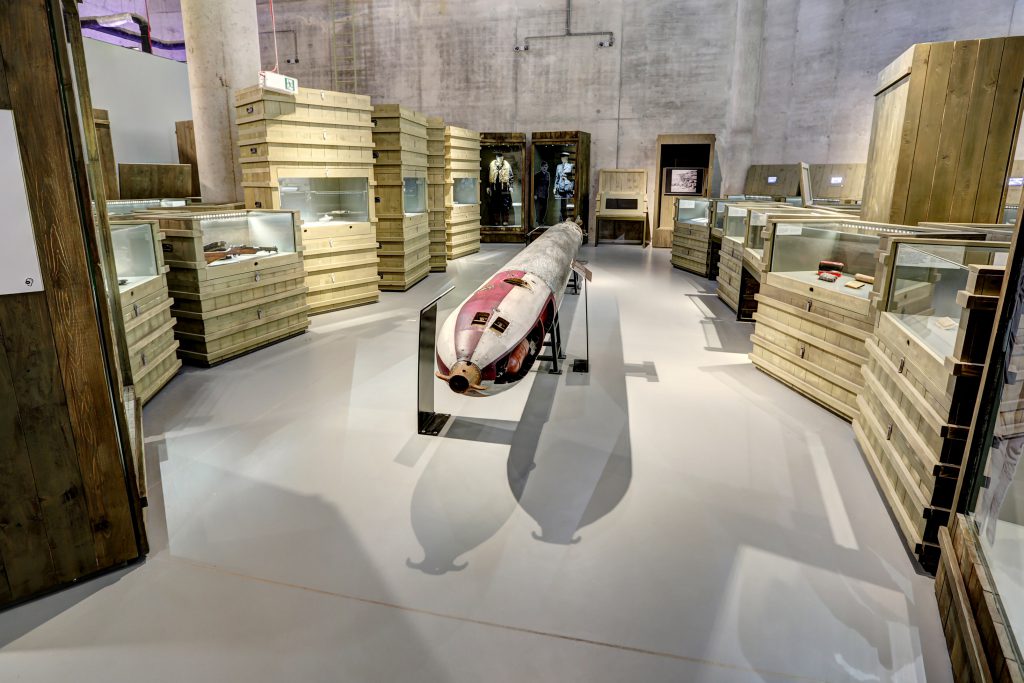 The museum’s floor had to be able to cope with some unique demands – such as the weight of this 1,000kg torpedo!

Apart from Peran SL in the hall and exhibition rooms, Flowcrete Poland also supplied 6,000 m2 of its Deckshield ID car park deck coating system for the museum’s two-storey underground car park, which was installed by IMR company. Both of the flooring applicators that worked on this project are Flowcrete Poland approved contractors.