Channel 4’s BAFTA winning Grand Designs is a popular television series on modern architecture and design in Britain. Presented by designer and writer Kevin McCloud, the series takes us on a journey to discover human stories, where ordinary people take risks to experiment with architecture, technology and their own lifestyle.

If you’re anything like us at All Things Flooring HQ, you may have a slight obsession with the programme and the unusual architectural homebuilding projects that feature. Although hard to choose from, we’ve picked our top 3 Grand Designs of 2017: 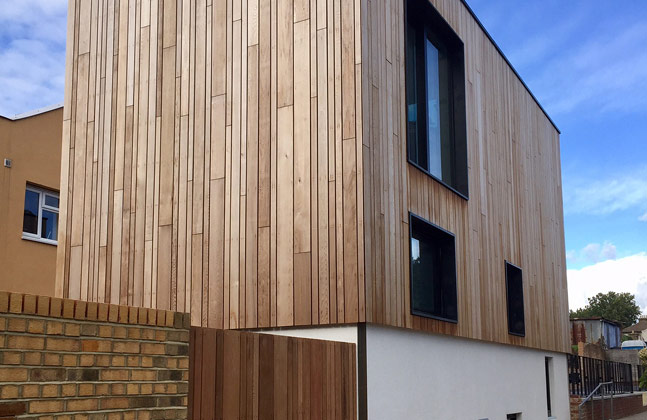 The smallest London build to date was originally a coffin workshop and cost the couple £73,000 to buy the land. To begin with it seemed an impossible space in which to build an entire house, however Joe designed a split-level, three ‘half-storey’ home that cleverly maximised space and used sustainable products to create a young, trendy and sustainable London residence. The house boasts some impressive green credentials and it was built according to Passivhaus guidelines to ensure that it was as sustainable as possible.

A fast curing screed solution was installed alongside high-performance resin flooring across the three-story build. Joe chose to install a semi-dry cementitious screed that incorporates a proprietary additive to accelerate the curing time in order to provide a durable layer in a fraction of the time that traditional screeds would take – significantly speeding up the flooring project.

To fit in with the minimalist and contemporary interior design scheme, a polyurethane-based floor coating was specified in Oyster White due to its matt, self-smoothing, durable and UV resistant properties. The system was ideal for Joe’s design as the light-coloured coating perfectly complemented the project’s modern, sleek aesthetics. 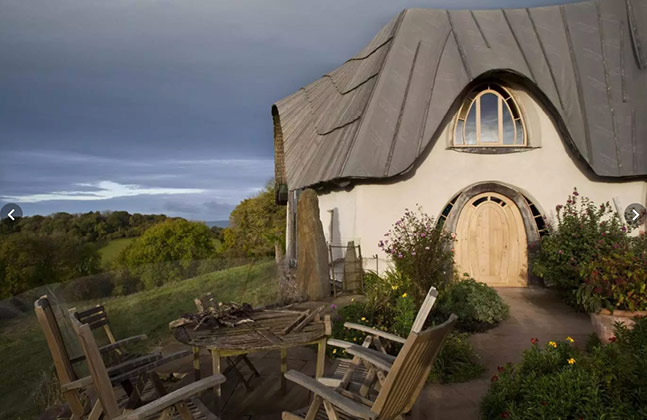 Ed and Rowena Waghorn from Herefordshire began building their thatched family home ten years ago and they’re still going, making it the longest running project to ever feature on Grand Designs.

Determined to build their home from hand and on a tight budget, the project became a long and lengthy process. For over a decade, the couple have scavenged materials from local woodland and using Ed’s furniture making skills created individually carved wooden beams and walls of straw and clay.

Tiled and wooden flooring was installed as well as a unique rammed earth floor, which involved getting earth from nearby and ‘ramming’ it into the ground before oiling it. A striking feature floor was created using triangular sandstone tiles, which were sourced from a local site and cut by Ed’s brother Will.

The couple transformed their eight-acre smallholding in Herefordshire into a stunning thatched house complete with medieval style hall, stone fireplace and a cathedral like window, which shows off the incredible views of the Herefordshire valley.

3. Curved house in the Devonshire Countryside 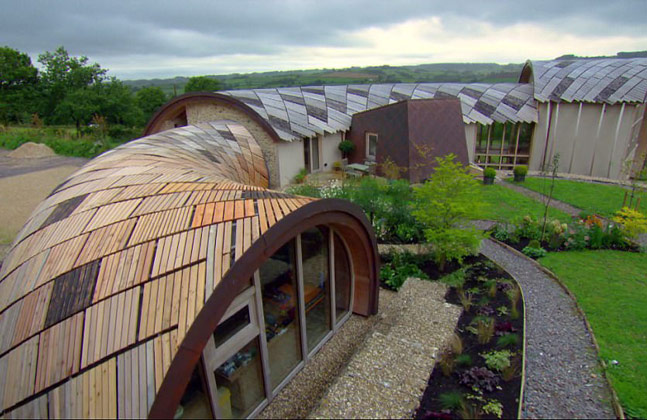 One of the most ambitious homes to ever feature on Grand Designs is a scaly, curving house reminiscent of a giant coiled snake in a field.

Stephen Tetlow who is head of the Institution of Mechanical Engineers and wife Elizabeth, a passionate horticulturalist, took inspiration from an ammonite shell found on their land in Devon, to build a house truly inspired by nature that spirals onto the landscape over two levels and mixes natural materials with cutting edge technology.

Due to the curve design of the house, building work was very complex making the build a much longer process than a regular rectangular building. The couple spent nine months attaching unique roof panels to the building by hand and installed 33 solar panels which were cut into bespoke shapes to create the detailed pattern on the roof.

Bringing the outdoors in, the build consists of several large windows cleverly designed to show off the Devonshire landscape that surrounds it. Elizabeth designed a greenhouse for the side of the home and used clay to create wall art using the plants and flowers that grew on the hills.

Which Grand Design is your favourite? Tell us about it in the comments section below.