Home / It’s All in the Texture 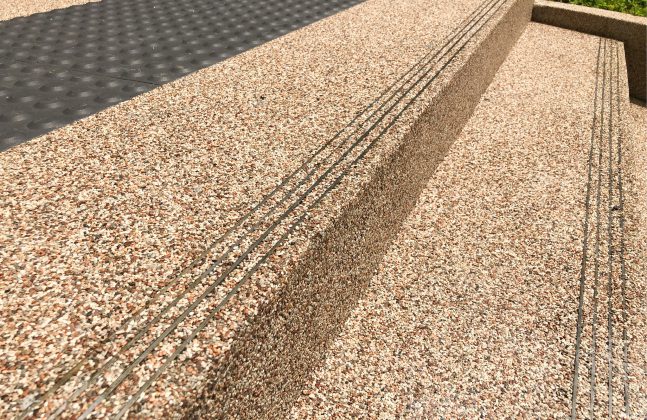 It’s All in the Texture

Textured flooring has many benefits, ranging from visual appeal to increased health and safety of a space. This post explores using textures from both angles, take a look. 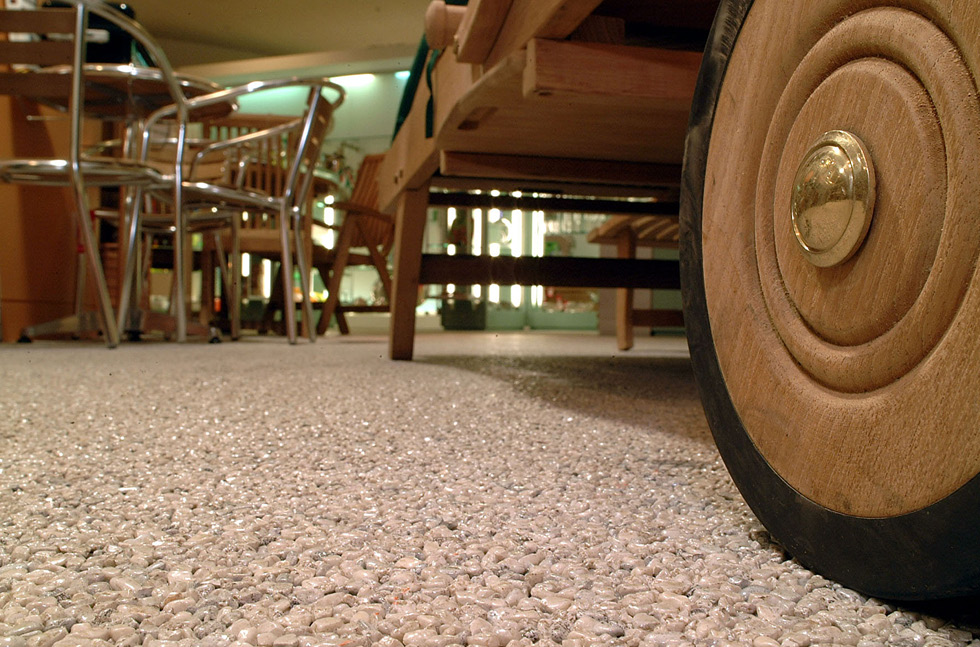 When Looks are Everything

Textured flooring can be used in order to show or mirror certain visuals, often to great effect.

A common occurrence for using textured flooring in the form of stone carpets is to reflect the outdoors indoors, take a look at the example below. 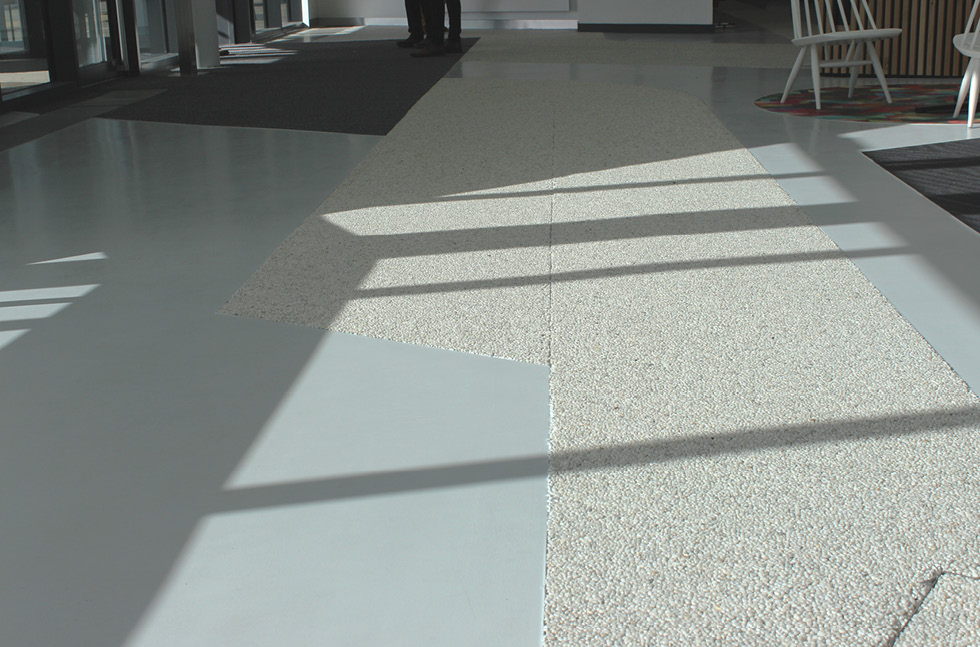 Here the stone carpet breaks up the extreme smoothness of the resin on the ground floor of this Welsh science park and innovation centre, mirroring the rugged Welsh countryside as well as providing visual continuation with the paving in the external landscape. 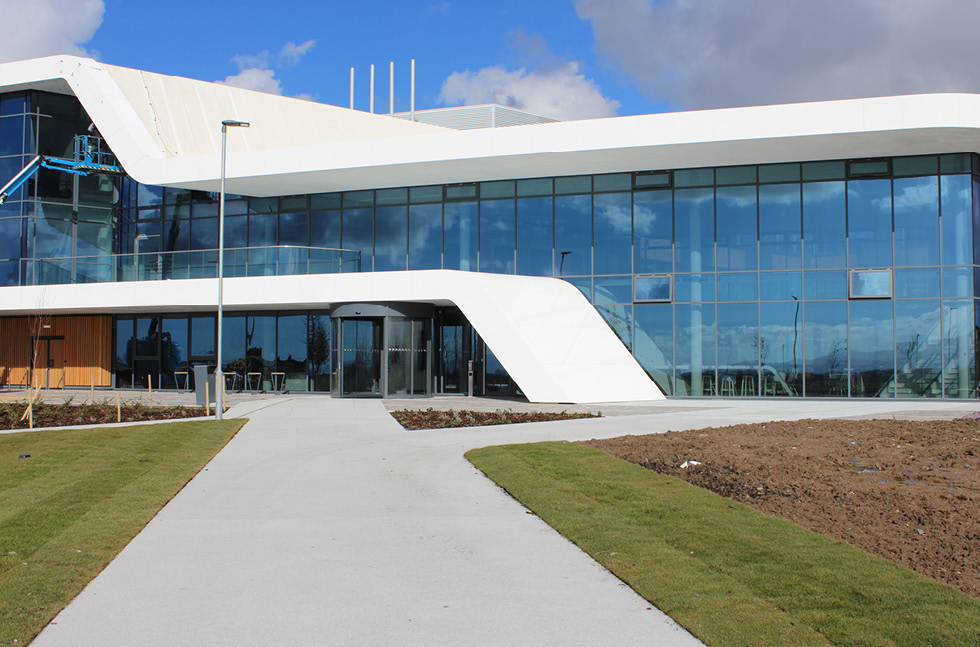 The texture acted as visual continuation with the external paving

In a very similar way, the Nordic European Centre in Singapore utilised two shades of a UV stable stone carpet system to mirror the multiple shades of grey resin utilised throughout the interior. 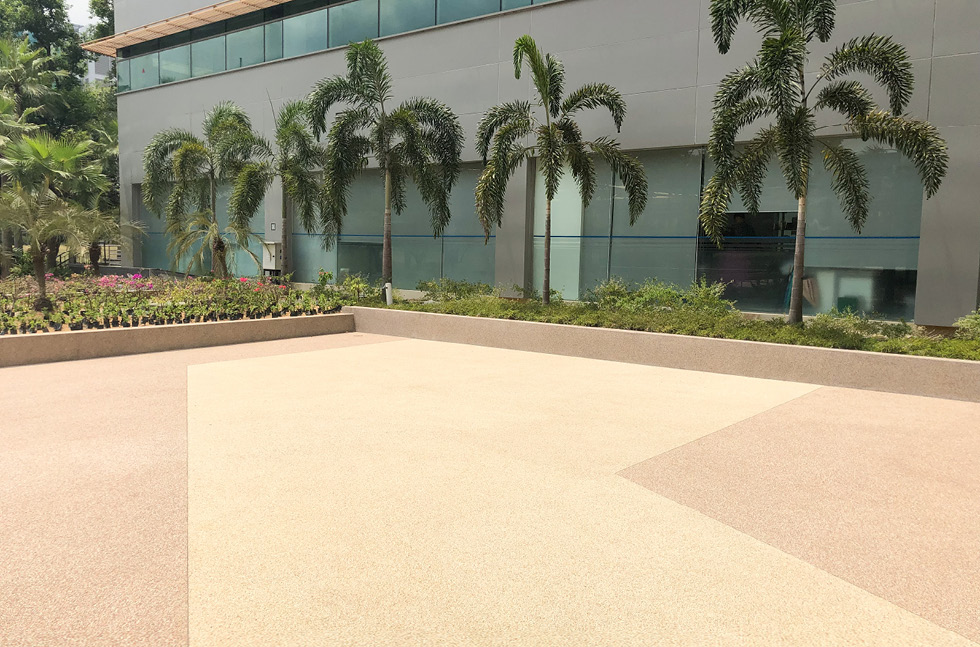 The difference in colours and textures between the interior and exterior flooring systems here provides contrast, whereas the pattern and juxtaposition of the two styles provides continuation – making for a very interesting aesthetic! 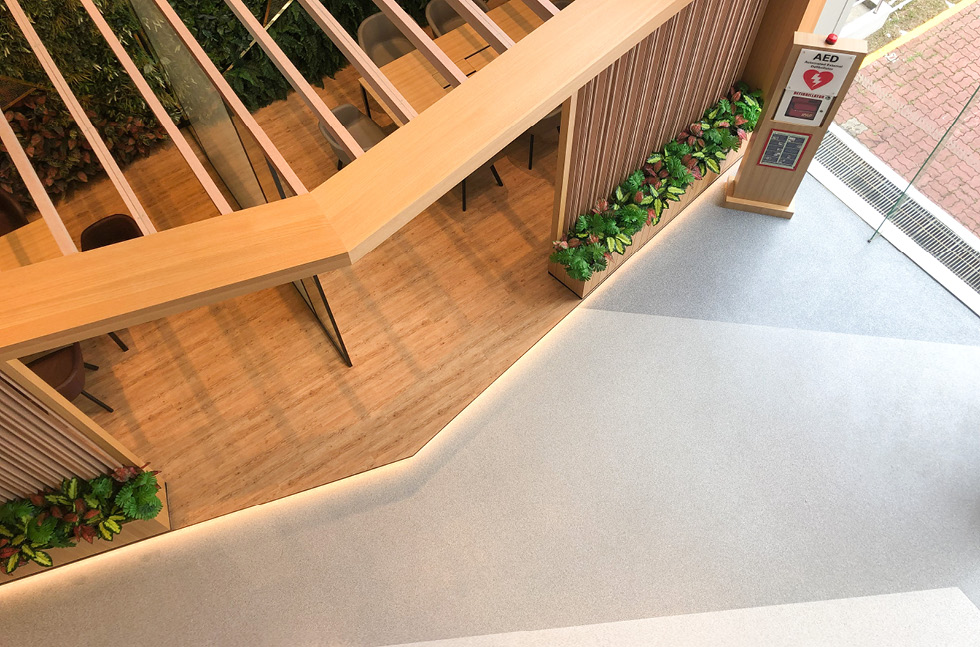 This mirrored the complimentary shades of grey inside the building

But what about a space that wants to emulate the outdoors fully? 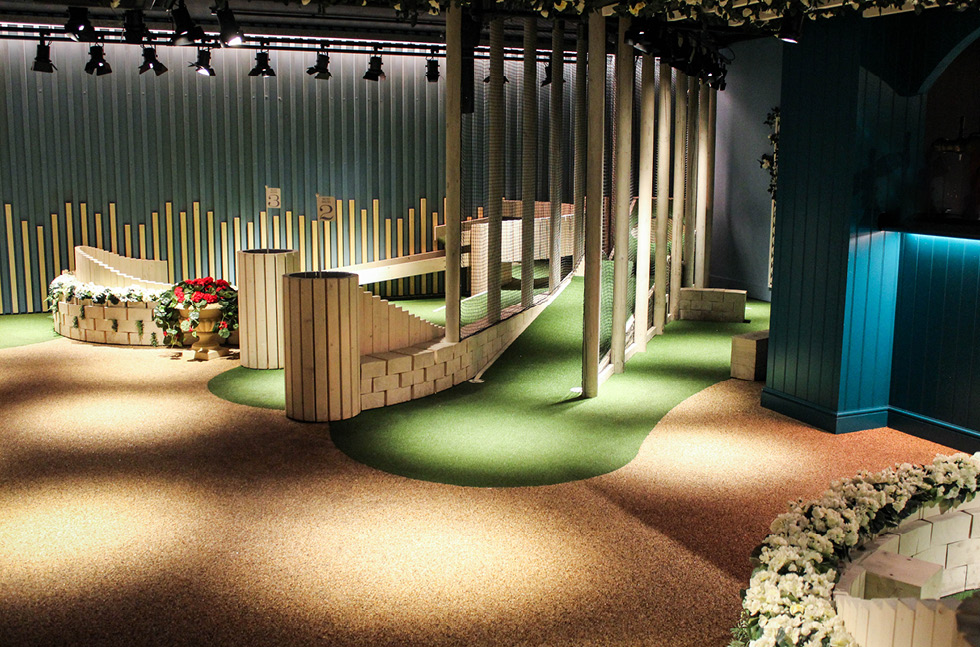 Take this 1920’s themed crazy golf course for example, who required a flooring system that could mimic a quintessential English countryside setting. 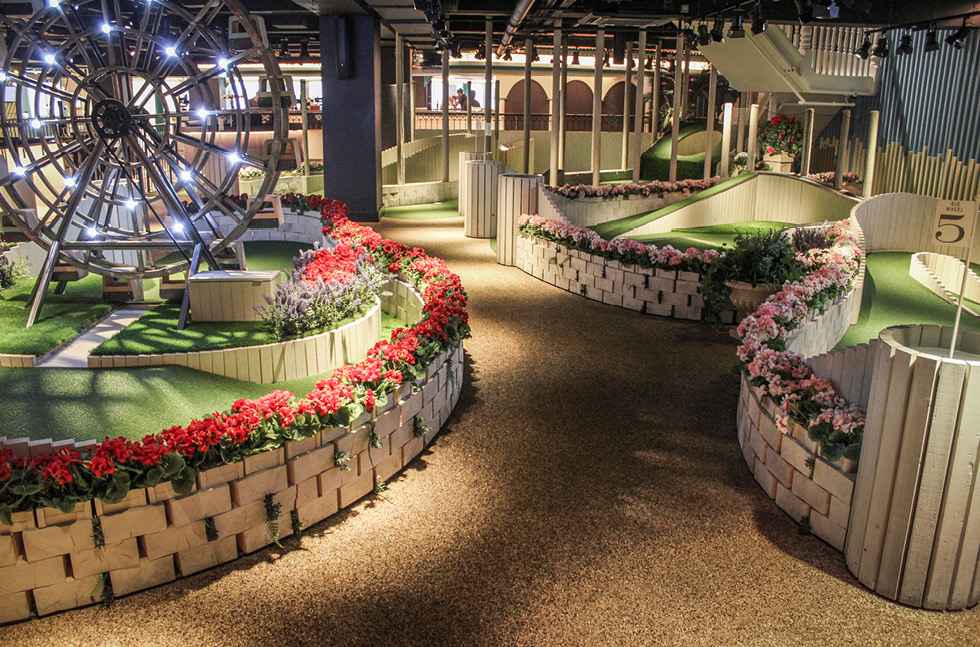 The stones were combined with a polyurethane-based binder

Here, a polyurethane-based transparent binder was combined with light coloured pebble stones to create 118 m2 of flooring with the look and texture of a rustic country path!

Whilst aesthetics were evidently carefully considered in each of the examples shown above, we bet that the outward appearance wasn’t the only reason for choosing such flooring systems.

It’s What’s Underneath that Counts

Adding a positive texture to any surface can also increase the slip resistance of a space, which is often a hidden benefit laying just beneath the floor’s surface. 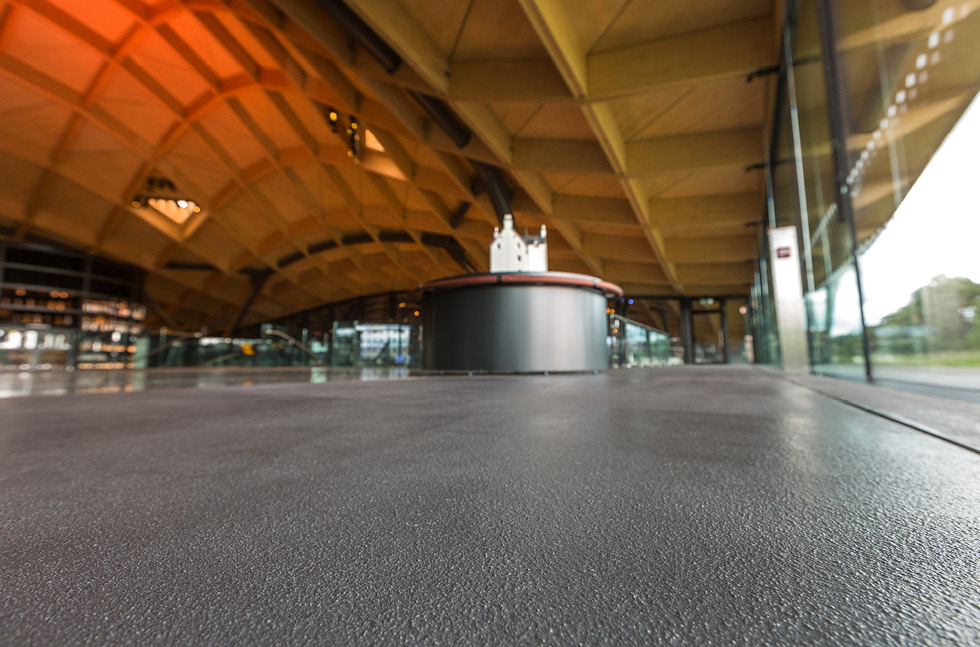 Increasing the slip resistance in public areas, such as in The Macallan whisky distillery and visitor centre in Scotland, helps to protect both visitors and staff from accidents, which could lead to injury and even litigation in serious cases.

What makes this even more necessary in The Macallan is the fact that visitors may have been on a tour of the distillery, walking from the working production space to the visitor area, which runs the risk of whisky production by-products being walked to various areas of the site on the shoes of the public. 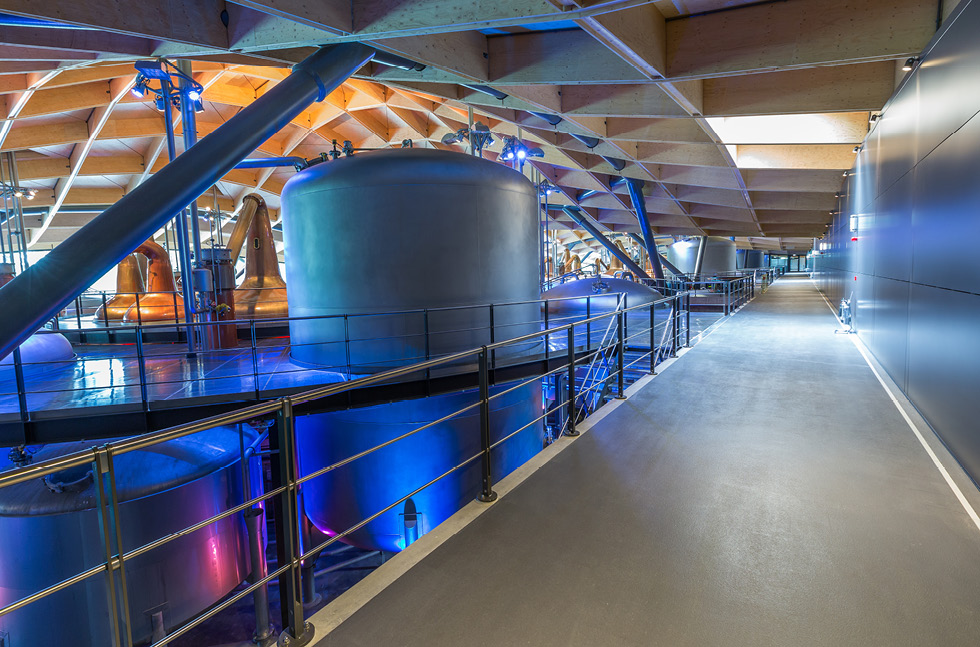 In any food and beverage facility where this is a possibility, slip resistance should be considered as dropped by-products, and spilled whisky, can be extremely slippery, as can the water used to clean up such spillages.

This use of aggregates is also often seen in car parks and automotive service areas, as wet weather or water used in car washing areas can greatly reduce the traction of a vehicle’s wheels on the ground, increasing the risk of slips and accidents. 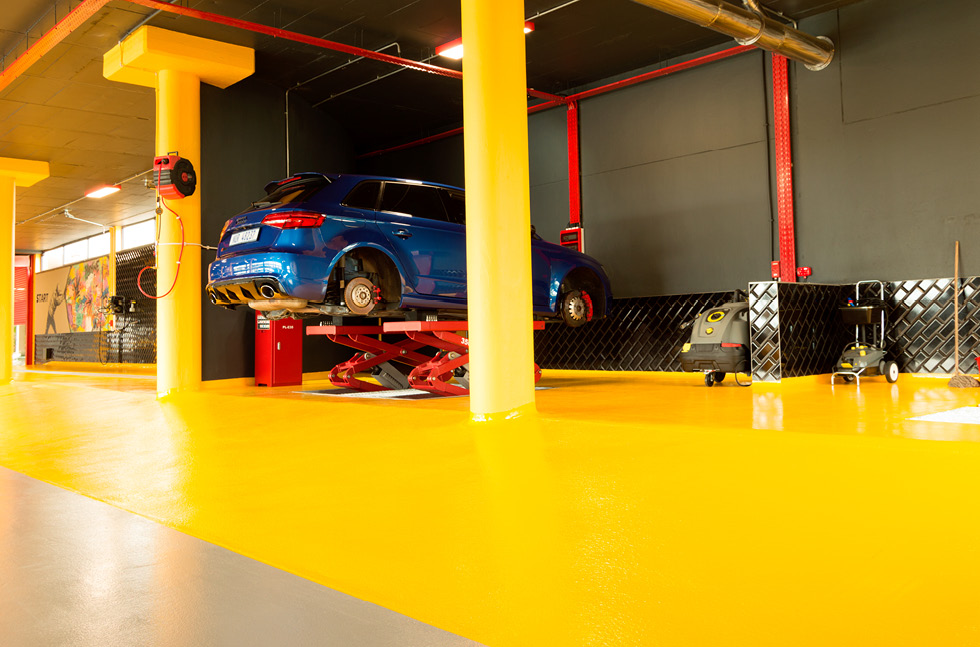 In fact, this luxury car wash located in South Africa incorporated suede additives into the flooring system applied to the wash ramps to ensure that the risk of vehicles slipping was greatly reduced.

What do you think of textured flooring? Where would you utilise stone carpets? Let us know in the comments below!

1 thought on “It’s All in the Texture”