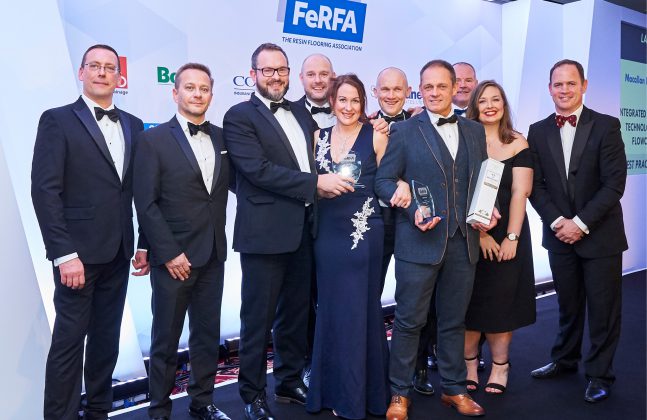 The bubbles were certainly flowing and the buzz of excitement was unavoidable at St Johns Hotel in Solihull on November 23rd, as FeRFA’s annual awards ceremony, celebrating the best of the resin flooring industry’s achievements from over the past year, began.

For each of the five awards, highly commendable projects made the shortlist, including flooring manufacturers and applicators. FeRFA shared the shortlist on November 2nd, increasing the excitement and expectation for the event itself, held three weeks later.

The night began with a drinks reception at St Johns Hotel where professionals who often only see each other at industry events could mingle, be entertained by the Grand Prix driving simulator or discuss the nominated projects in anticipation of the awards. 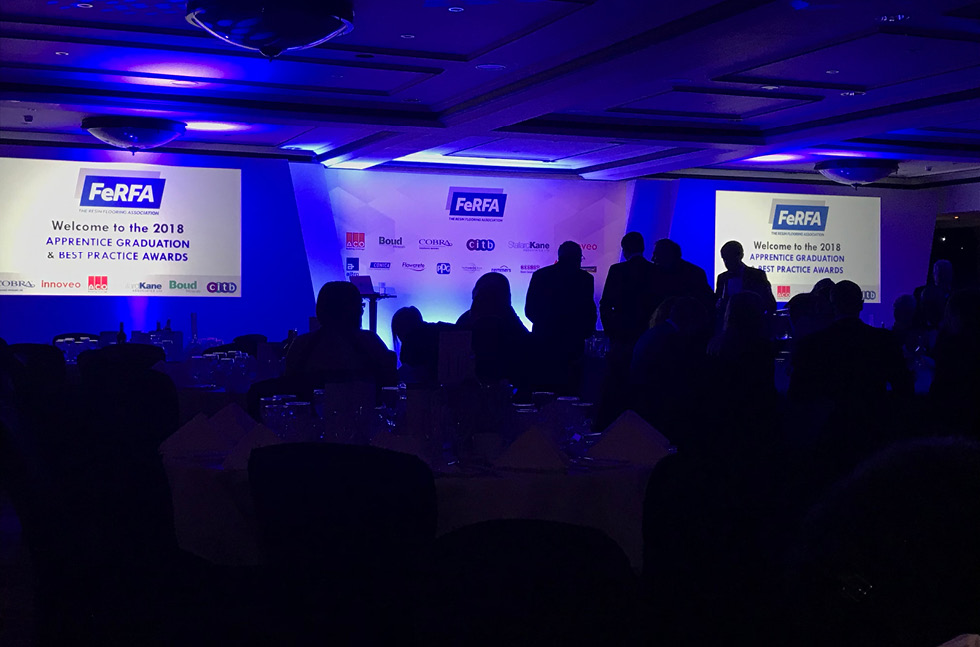 Once seated, singer Eddie Cullen serenaded the crowd with stunning vocals throughout the awards dinner, before former rugby union player and event host Kyran Bracken took to the stage, sharing amusing anecdotes from his experiences in the public eye and preparing the crowd for the moment they’d all been waiting for.

After acknowledging the great achievement of graduating resin application apprentices, the winners of the Best Practice 2018 Awards were announced.

And the Winners Are…

The first to be announced was for the Small Industrial Project of the Year 2018, and the winners were Remmers UK and IRL Group Limited for Swiftool Precision Engineering.

Secondly, the Large Industrial Project of the Year 2018 was awarded to Flowcrete UK and IFT in recognition for its work at The Macallan distillery.

SIKA LIMITED and Zircon Flooring won the third award, for the Small Commercial Project of the Year 2018 for Leeds Art University.

The Large Commercial Project of the Year 2018 was awarded to Flowcrete UK and Coatech Limited for Menai Science Park.

Finally, the winner of the Innovation Award 2018 was Altro Flooring for Altro Quickcure Extra.

With Flowcrete UK bagging two awards, and Remmers, SIKA and Altro each taking an award, there were lots of reasons for corks to be popped! Celebrations continued after the awards ceremony and in to the night – we even noticed a bottle of Macallan’s whisky being used to toast the success. 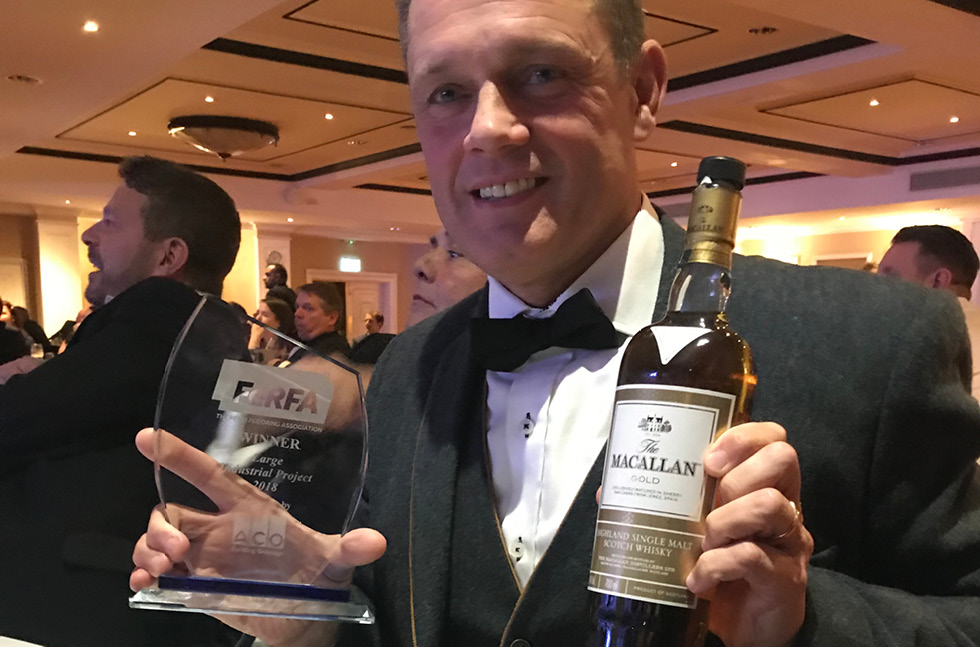 All celebrations were entirely deserved, and it was great to see each project being recognised. Take The Macallan for example, over 21,000 square metres of Flowcrete UK’s systems were chosen to ensure that the floor in each part of the site was up to the task. This included a highly robust polyurethane screed for the production areas, fast curing and slip resistant floors for the main tourist routes, high-gloss epoxy for the cask room, a natural-effect stone carpet for the external walkways as well as assorted screeds, primers and coatings!

Similarly, Leeds Art University required a super-flat floor for the TV studio that was durable, smooth and aesthetically pleasing as well as resistant to damage caused by static electricity.

We’d like to extend huge congratulations from us all here at All Things Flooring to those shortlisted, as well as each winner. We look forward to seeing what the industry puts forward next year!