The regenerated area, encompassing 227 hectares on the south bank of the River Thames has re-invented and revitalised central London, creating a remarkable urban retreat. Starting at London Bridge and extending west to the iconic Battersea Power Station, Nine Elms is a trailblazer’s dream. 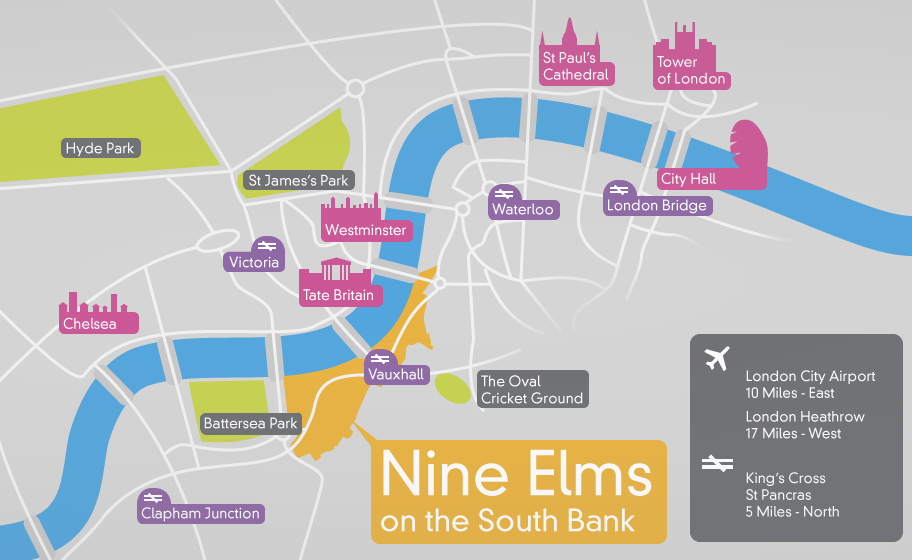 Key developments connecting the new district to the rest of the capital, include two brand new underground stations, but new parks, sports facilities, green spaces, mean there is so much more to be excited about in this ambitious piece of real estate! Phase one of the redevelopment has achieved record sales and now in phase two, sales are set to soar!

Embassy Gardens is the centrepiece of the regeneration jigsaw. Created by Sir Terry Farrell, this architectural design can only be described as bold and revolutionary. With 2,000 sparkling new homes, investors can not only expect the highest standard of amenities, such as impressive parks and gym facilities, but also enjoy a riverfront walk, winding its way through to the distinctive, boutique hotel, Battersea Park.

The most exciting amenity however, is the world-famous, 25 metre Sky Pool, with magnificent views of the Houses of Parliament – this, however, is not for the faint-hearted! The sky is literally ‘the limit’ with this dramatic, never seen before glass-bottomed pool, suspended 115 feet in the air and linking two 10 storey buildings. Residents will be able to swim between the two buildings and look down 35 metres to the busy streets below, taking ‘people watching’ to a whole new level! 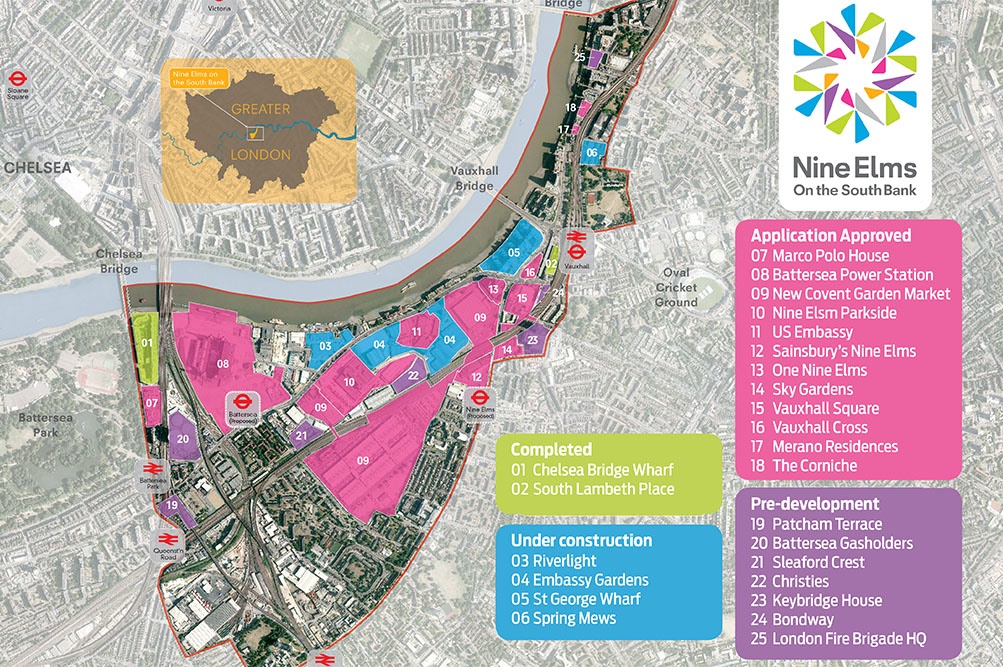 The new $1 billion U.S. embassy,  will also re-locate to this district, taking on a distinctive glass cube appearance. A state of the art earth bank, semi-circular moat and bomb-resistant glazing will take security to a new level appropriate for major city development. Integrating elements of British landscaping, the complex will attract more than 1,000 visitors a day, boosting London’s economy and reinventing this area of the South Bank.

With finance, technology and creative sectors surging, the demand for London properties continues to rise dramatically year on year. Referred to as the ‘global capital’, London offers the most investible and sophisticated real estate market in the world. Once the district is completed, the development will create 3.2 million square feet of office space, 2.3 million square feet of retail space and 1,600 hotel rooms. Watch this amazing space!