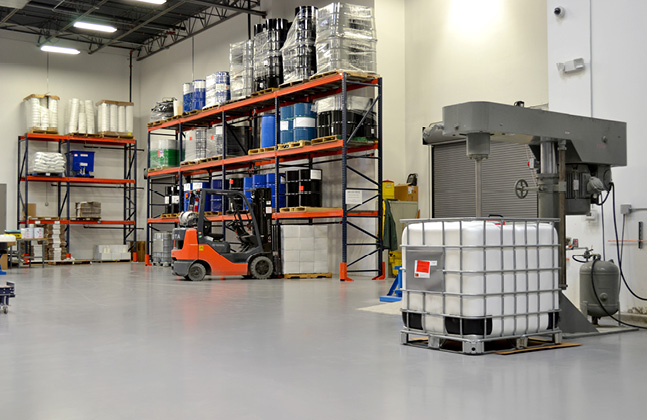 Outgassing occurs when trapped gases are released through the resin coating during the curing process. As the gas passes through the floor system it forms problematic pinholes in the finish. Once this has happened, moisture or corrosive substances can penetrate the coating via the pinholes, leading to unhygienic conditions or further deterioration.

Outgassing is most commonly an issue in epoxy coatings, creating small pinhead sized bubbled that can appear sporadically over the floor and which can even form small craters.

In most cases, the bubbles are caused by air getting trapped during the mechanical mixing of the resin and hardener.

If you see a perfect circle with a ridge around its edge or if there are bubbles in the coating, then outgassing has taken place. The pinhole itself, which may or may not be visible at the bottom of the circle, is caused by gas escaping from the slab

After effects of Outgassing

The surface irregularities caused by outgassing can have a negative effect on both the aesthetics and functionality of the floor.

Pinholes in the floor finish can trap dirt or liquids and make it difficult to effectively clean the area. If left unchecked these contaminants can affect the flooring system over time. While outgassing might be unappealing it doesn’t affect the bond strength of the coating.

It is important to check the temperature and humidity conditions of both the air and the substrate. If the temperature is rising do not apply the coating, instead wait until the temperature has fallen. It may also be advisable to double prime or to use a water-based epoxy primer to seal off trapped air in the concrete.

Being aware of the conditions that lead to outgassing is the first priority in preventing it. By following these precautions in the planning stages you can greatly reduce the risk of outgassing – consequently saving on the expense and aggravation of rectifying the problem after the fact.

The next instalment in Flowcrete India’s series on common flooring issues in the industrial sector will explore poor intercoat adhesion.