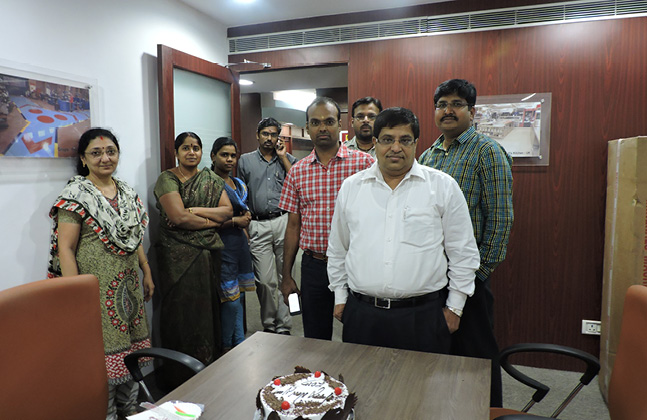 Throughout 2014 Flowcrete India continued its incredible growth across the region and firmly cemented itself as one of the most trusted brands within the Indian flooring industry.

Last year Flowcrete India sponsored the third edition of the International Construction Chemicals Conference in Chennai, significantly increased both its client base and licensed applicator network and completed a whole host of prestigious projects in collaboration with major global brands.

Over the last twelve months the company has worked closely with other RPM owned firms such as the Euclid Chemical Company and Tremco Sealants to assist with the manufacturing and marketing of their products within India.

Flowcrete India recently attended the ACETECH EXPO in Mumbai, exhibiting both Flowcrete and Euclid’s Increte range of products. The resin flooring specialists were also instrumental in organising a seminar on behalf of Tremco Sealants to promote its products among waterproofing contractors in Mumbai.

The past year also saw the launch of the eagerly anticipated, award winning Isocrete Self Level Plus to the Indian market. The product is ideally suited to clients that desire a sub-floor which is built to last and has enjoyed significant success since its inception.

The rapidly growing business has also continued to expand at a rate of knots with new offices opening in Chennai and New Delhi in 2014 meaning Flowcrete is now better placed to compete for major projects, particularly in the northern part of the country.

Flowcrete India is now entering into its fifth year of factory operations and hopes to continue its tremendous growth through the utilisation of its new Chennai City based factory. The facility is situated in a developing industrial area, making national transportation a much simpler process.

The company anticipates more streamlined operations in the years to come with a focus on sustained growth and a large-scale expansion of factory operations.

Flowcrete India would like to thank its entire team for its continued support in building a prestigious reputation throughout the construction industry and beyond and looks forward to scaling new heights in 2015.